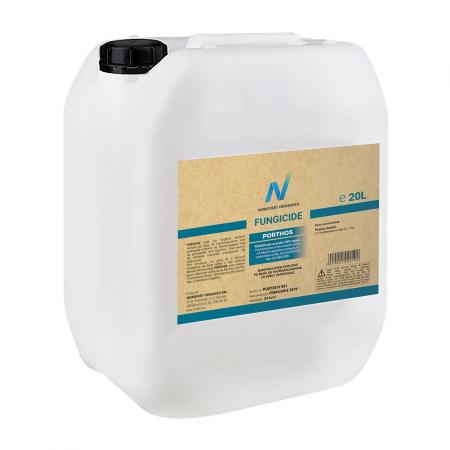 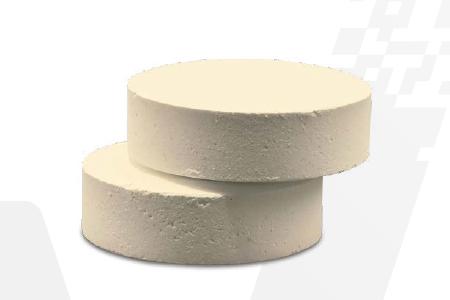 PORTHOS is a biodynamic product, obtained through a rapid fermentation process and contains organic substances in accordance with the requirements of Regulation 889/2008, Annexes I and II.

The active substances contained in PORTHOS degrade the cell walls of pathogens and keep away B. Cinerea, the sclerotin-generating fungus.

How dangerous is sclerotinia

How we recognize sclerotinia infection.

• Stem: Sclerotinia infection occurs at the base of the stem, in plants in advanced stages of vegetation. White-gray spots appear on the surface of the stem, covered by a felt mycelium, which produces a softening of the tissues and marrow, followed by the wilting of the leaves and later of the whole plant.

• Root: The symptoms of the disease at the root are similar to those at the base of the stem.

• Leaves: At the level of the leaves there are alterations and discolorations of the tissues. On the heads appear brown spots, near which the tissues soften, rot and break into pieces, after which they fall to the ground.

• The seeds. When the seeds are attacked, yellow spots appear on the seeds, which reduces the germination capacity. Oil The oil from the seeds affected by sclerotin is bitter.

From the mycelium of the fungus appear, in the attacked areas of the plant, sclerotia (small black swellings, hard, of various shapes and sizes). In the case of the pathogen B. Cinerea, which spreads during the growing season, these sclerotia are smaller and appear at the base of the seeds.

PORTHOS is a liquid, brown in color, with a specific smell.

From practical experience and/or available documentation, we recommend the following application doses: