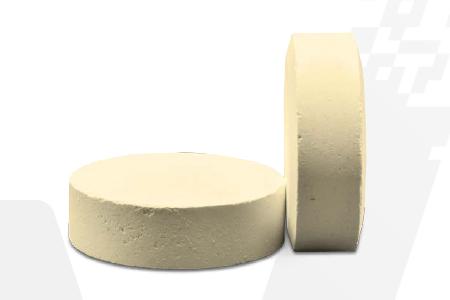 Buster is in accordance with regulation (CE) 889/2008 of applying regulation 834/2007, Annex II and is accepted as input in the organic agriculture.

The Buster effervescent tablet has two of the strongest active substances used in organic agriculture: Azadirachta indica (neem) and microorganisms.
The two active substances from the Buster effervescent tablet fight with maximum efficiency most of the pests that affect crops like Lepidoptera, Diptera, Hymenoptera, Coleoptera, Thysanoptera, Isoptera, Tanymecus orders. Azadirachta indica successfully fights against certain types of nematodes, moths, and wasps (stem gall wasp). Microorganism decisively contributes to the action of the two substances mentioned above, amplifying the effect against pests, through weakening their immune system.

If you are using self-propelled farm equipment for fertilizing/ applying foliar treatments, make a first dilution of the effervescent tablet Buster in 5-10 liters of water.

If you are using classical farm machines for fertilizing/applying foliar treatments, put the effervescent tablet Buster directly in the water tank. An effervescent effect will take place and the tablet will dissolve in 60 seconds. Before applying the solution, make sure the dissolution process of the tablet is complete.

as a water soluble powder