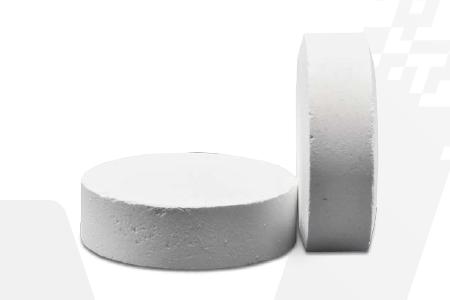 ATHOS effervescent tablet is a complex fungicide, with rapid and long-term effect, that ensures the healthy development of the plant, reduces the risk of infestation with specific diseases and activates the immune system of the plant.
Made due to the BioChain technology, based on microorganisms and fungi with a protective role for plants, the ATHOS effervescent tablet contains three types of fungi strains with strong fungicide action (Trichoderma Harzianum spp., Trichoderma Viride spp. and Bacillus Subtilis spp.), organic amino acids and a bacteria culture that activates elicitors.

The efficiency of ATHOS effervescent tablet is increased thanks to the organic amino acids, with tonic and refreshing role for plants that go through osmotic stress or pathogenic and also thanks to microorganisms that act as the activator of the elicitor (the elicitor is a molecule that activates the plant’s immune system).

If you are using self-propellled farm equipment for fertilizing/applying foliar treatments, make a first dillution of the effervescent tablet ATHOS in 5-10 liters of water.

If you are using classical farm machines for fertilizing/applying foliar treatments, put the effervescent tablet ATHOS directly in the watertank. An effervescent effect will take place and the tablet will dissolve in 60 seconds. Before applying the solution, make sure the dissolution process is complete.