Norofert inaugurates a new production line, after an investment of 4.5 million lei 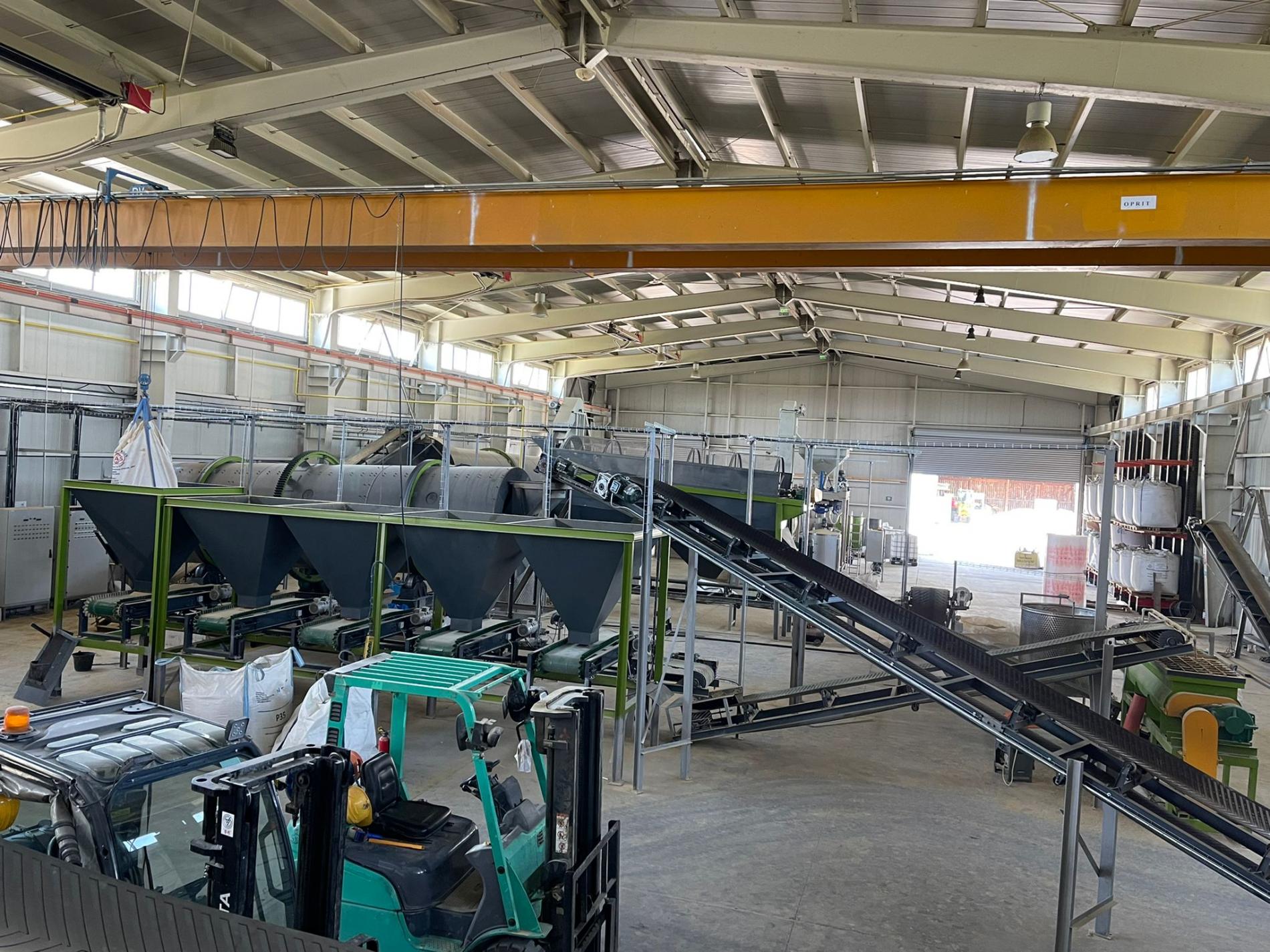 Norofert inaugurates a new production line, after an investment of 4.5 million lei

Bucharest, July 21, 2022 – Norofert SA (BVB Symbol: NRF), the main producer of organic inputs in Romania and an experienced player in the agricultural market, announces the commissioning of a high-capacity production line for soil fertilizers, at the facility of production from Filipeștii de Pădure.

The line cost approximately 4.5 million lei, an amount financed with part of the funds raised in the capital increase that the company achieved in 2021, equity and bank loans. The new line will produce soil fertilizers, with a fundamental role in agriculture, being the basis of any crop, which is applied at the beginning of each agricultural cycle to ensure the normal and healthy development of plants.

“We are very happy to conclude this investment, which took longer than we initially estimated, due to the logistical crisis we are going through. It is a manufacturing line that will provide us with the production capacity needed for the orders we have this year and will meet the need for the goods for the next two years. This is just the first of a long series of investments we will be making in production capacity, both soil and liquid fertilizers, with one of our long-term goals being to invest steadily in the plant.” said Vlad Popescu, Chairman of the Board of Directors, Norofert Group.

The new line weighs over 70 tons, has 40 engines and occupies a space of 1,400 square meters. Its installation and commissioning took 4 months, and involved the drawing and casting of 12 independent reinforced concrete foundations, the assembly of 10 groups of machines that make up the line with a maximum production capacity of 240 tons / 24 hours.

The soil fertilizers will be produced in solid granular form with sizes between 3 and 5 mm to be easily spread on the field. The packaging in which they will be sold will vary from 40 kg bags for the hobby range to 1,000 kg bags for large organic farms. Norofert will sell the production from the new line on the domestic market, but also on the foreign market, as the company has already concluded an exclusive distribution agreement with a company from the Republic of Moldova, but aims to open the market to other neighboring countries as well.

Sales are expected to increase by 20-25% each year due to high demand for this product category. Following this investment, Norofert becomes the largest producer of organic soil fertilizers in Romania and will have a unique competitive advantage over all other players present in Romania.

Recently, the company announced the appointment of a new CEO, Mircea Fulga, who replaced Vlad Popescu at the head of the group. Mircea Fulga joined the Norofert team in February 2020 as Director of Research and Development – Bio Division, a position he held until January 2022, when he took over the role of Chief Operating Officer (COO). The company’s decision to appoint Mircea Fulga CEO, came as a result of his performance in the role of COO, during which Norofert experienced significant growth in the main business line, the production and sale of ecological inputs, as well as an improvement in processes and internal procedures, developing the commercial department by expanding the sales team and increasing the customer base. Vlad Popescu, who previously held the role of CEO, has remained in the position of Chairman of the Board of Directors, and will focus on research, M&A, development of Norofert’s production capabilities and international expansion.

Norofert Group shares are listed on the AeRO market of the Bucharest Stock Exchange starting on March 3, 2020 and are traded under the symbol NRF. The company has a market capitalization of over 133 million lei, and as of October 11, 2021, NRF shares are included in the BET-AeRO index developed by BVB for this market.

Norofert SA is the main producer of organic inputs and an experienced player on the agricultural market in Romania. Norofert operates on three main lines of business: production of inputs for organic agriculture, organic farming and grain trading. Norofert’s philosophy is to be with the partner farmers throughout the plant cycle, from the provision of ecological inputs, to the monitoring of crops and to taking over the grain at harvest from the farmer to be exported to the final processors, with whom contracts are concluded preset trading. On March 3, 2020, the company’s shares entered trading on the Bucharest Stock Exchange under the symbol “NRF”, and on June 5, 2020, Norofert bonds debuted under the symbol “NRF25” on the BSE’s SMT-Bonds market. www.norofert.ro